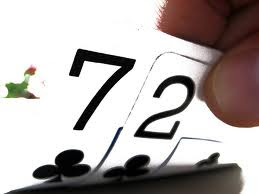 Sorry for the lack of updates, but Black Friday took most of the wind out of my online poker sails. I miss the various blogger series we had with the excellent competition & prizes. Tried playing in the Play Dank a few Wednesdays, but it’s just not the same.

Shortly after going to Foxwoods last summer I started playing in a Friday night home game. I only knew 1 player going in, but he happened to be the host, so that helped. During the 1st time I played I learned that another player had played in the same tourney I had at Foxwoods just a week earlier.

The gist of the game is as follows:

Lately I have been buying in for $100, holding more back in reserve, & if necessary re-buying for $200 later when there is more money on the table to be won.

Last week was a roller-coaster session. I bought in for $100 & lost it relatively early 3-barreling with 2-7, getting called down all the way w/top pair – medium kicker.

Things started to go down-hill when I lost a flush-over-flush battle. Then I put another player all in when I had 9-9 on a 7-8-10 board. Bad news is he had 9-10 & I didn’t catch up. My last bad hand was 4s7s. Flopped a pair, and then turned a flush draw with a straight draw. Called a big bet on the turn to miss the river.

Ended up @ $203 for a net win of $3, which I gave to the dealer to help round off the payouts. So the session was a wash, but felt like a loss because of where I had been.

Congrats to one of my on-line poker friends William Vogel for winning the Deep Stack Tourney @ Niagara Falls a couple days ago. You can read all about it here: http://www.pokernews.com/news/2012/02/william-vogel-wins-deepstacks-poker-tour-western-new-york-12062.htm

Looking forward to comments/questions from my most loyal of readers.