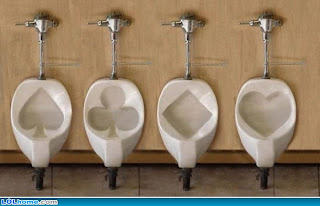 While searching the intertubes a while back for possible live games I came across a cool site.

Basically they have several live sites around the state that play weekly, but all are at least an hour away, so I played in the Full Tilt Poker tourney 4 weeks, and won 2 of them to qualify for the end of season live tourney, which I'll call the Vermont State Championship.

Anyway, one of the live sites was hosting a charity fundraiser for the local fire dept. this past Saturday, so I decided to make the 1 hr drive from Montpelier to St. Johnsbury.

The St. Johnsbury Fire Department, Santa’s Fund will be holding a benefit tournament on Saturday, December 11th, at The Chill Zone on 397 Railroad Street in St. Johnsbury, VT.

Registration and $5 Satellites start at 4pm, Tournament starts at 6pm. Cash games, Blackjack and other casino games will be running before and after the tournament.

We ended up w/20 players, so 2 tables. I bought in for the initial $25, then had to rebuy after losing on the river in a coin flip. After the 4 levels you were allowed to buy 1 or 2 add-ons, so I bought both. Knocked out one guy when I flopped a set of 8's, and another when I was priced in w/a flush draw.

Wish me luck Sunday in the unofficial Vermont State Championship!
Posted by SmBoatDrinks at 10:33 PM