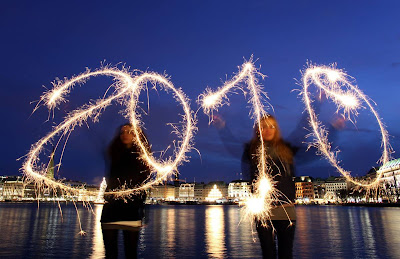 I may have learned more in December than all the previous challenge months combined. It was certainly a bit of a rollercoaster month, as I was above $3K at one point, and then dropped back down to about where I started it. Had a decent last couple days to show some profit for my hard work.

Obviously the 1st lesson you learn from actually participating in the Ferguson Challenge is actually practicing good bankroll management. Bankroll management works!! Wow, who would a thunk it? Now I had some success back in 2006 & 2007 with some high tournament cashes, but when my bankroll got to be this size I would cash it out & spend it on stuff (plasma TV, trip to Atlantis, bills). I didn’t really like keeping more than $1K in an online poker account. Back then I obviously wasn’t practicing good bankroll management, if I wanted to take a shot in a big tourney and I had the $ in my account I took it.

The second group of lessons I learned have to do with playing in NL Hold’em tourneys. I played in 33 tourneys in December for a net loss of $135.34. I didn’t have any major cashes like I did in November, but I did get deep in a few. In one tourney a couple days ago I had QQ 3 times. Twice they lost to AK all-in pre flop, including knocking me out, and once they held up against 88. So with that, here are the lessons I have written on a post-it note in December:
1. Small Ball works for tournaments.
2. Avoid coin flips, especially early.
3. No big guesses. Sure you’re gonna pick off some river bluffs, but are they really worth it if it’s a big % of your stack?
4. Queens are not Aces – Try to avoid going broke with them, which may mean seeing a flop & reevaluate if AK hits.

The next lesson I learned is around playing better PLO cash games. Quite frankly NL Hold’em online cash games bore me. I enjoy playing PLO cash games and any type of tourney. In December I made a net profit of $289.56 in PLO cash games with 3,166 hands I had 3.98 BB/Hr, and 7.57 BB/100. There is a lot of variance w/PLO so tilt control is a big factor when a donkey hits his 2 outer on you for a $200 pot! Previously I read it was +EV to always buy in for the minimum, wait for a premium hand and get it all in pre-flop in a +EV situation. The current lesson learned is that even AAxx is a drawing hand when the stacks are deep.

Having adjusted to the higher limits, my goal for January would be to finish above $4K.

• I made Iron Man on Full Tilt for the first time in a couple years. I made silver, as it doesn’t take long to get 50 points in a day when you’re playing .50/1 or 1/2 PLO. I finished out my Holiday Hundred Bonus in December, and by gaining Silver Iron Man got an additional $50 bonus in January.

• I have been on a nice roll in the Sunday night game chopping the last 4.

• I’ve wanted to get back to the Hollywood Casino to try some PLO cash game action, but the timing hasn’t been good yet.

• I just completed Positively Fifth Street by James McManus. It is really two stories in one, as Jim takes us through his ride in the WSOP Main Event, and covers the Ted Binion murder case. I would recommend it, as Jim is a writer so the story telling is better than most of the other poker books, which are focused on strategic play.

Posted by SmBoatDrinks at 3:00 PM

Awesome job with the bankroll! I may have to start learning cash PLO, sounds like you are doing pretty good there. I haven't made it down to Hollywood Casino yet but would like to make it down there soon. I may go to the Midwest Regional Poker tourney at Horseshoe Indiana. And by the way, who looks like the best team in Ohio now? Go Bucks.

Thanks Jeremy/Shabazz. Let me know if you make it down this way. If I'm not mistaken, you're up near Cleveland? Also, any advice you have for playing in the WSOP would be appreciated.

Ah, one of "those" Buckeye fans, eh? 12-1 > 11-2. One loss to Florida > a loss to Purdue and a home loss to USC. Sure would have been nice to see how the Bearcats had done vs Florida if Brian Kelly had stayed. Oh well, as the 700 WLW promos say, we've got a shiny new coach & you've got the same old sweater vest. It would be nice if they could both go undefeated & settle it on the field next year!